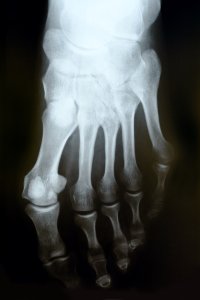 If you’ve visited a podiatrist or a foot specialist for diagnosis and treatment of a foot problem, and have since noticed that your symptoms or ailments have reoccurred, you may be a great candidate for reconstructive foot surgery. The non-invasive treatments that were provided by your previous podiatrist may not have been effective, or you may have opted for foot surgery and found that your symptoms later returned. A podiatrist specializing in reconstructive foot surgery near Sugar Land will be able to offer you some relief.

Non-Invasive Treatments Were Ineffective
Many common foot ailments can be treated with non-invasive methods, and that is likely where any podiatrist will begin his treatment. Plantar fasciitis, ingrown toenails, heel spurs, hammertoes, ganglion cysts, and bunions can all be treated non-surgically. If non-surgical options fail and symptoms persist, your podiatrist may recommend that your condition be treated through surgery. While surgery is often a last resort in treatment, it is typically the most effective way to treat these conditions.

A Previous Foot Surgery Was Unsuccessful
Despite surgery, some foot problems can reoccur years later. Ganglion cysts and bunions can both return even after a seemingly successful foot surgery. Additionally, surgeons are not infallible, and you may find that the foot surgeon you previously visited did not perform the surgery perfectly, resulting in complications or problems. Hardware such as screws or plates that were used in your surgery may become loose or need to be replaced. Certain other conditions may return or reoccur, requiring further surgery to relieve symptoms.

You Are Suffering From Foot Pain and Loss of Function
Reconstructive foot surgery is sometimes performed as a primary treatment option for certain foot problems. If you’re suffering from intense foot and ankle pain, a deformity, or a disease that has resulted in the loss of function of your foot or ankle, your podiatrist may recommend surgery. Such foot problems include adult flatfoot syndrome, a foot or ankle fracture or break, acute stages of posterior tibial tendon dysfunction, severe neuromas, and tarsal tunnel syndrome.